NWSE Home > Blog > A Brief History of the English Language 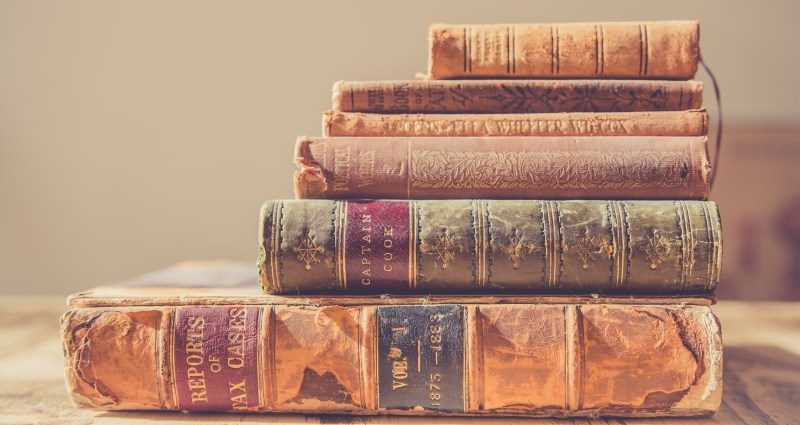 Many English speakers believe that English is a Romance language. After all, many English words come from Latin. However, English is actually a West Germanic language. It is much more closely related to modern German than it is to French! To understand why, we will delve into the history of English.

Britain was once inhabited by numerous Celtic tribes, but was occupied by the Roman Empire from the 1st through the 4th centuries A.D. During this time the Romans ruled over the local Celtic population, who spoke various Celtic languages.

Old English displaced the Celtic languages that had previously been widely spoken in Britain. English originated from Anglo-Frisian dialects brought to Britain in the 5th through the 7th centuries by Germanic invaders and settlers from what are now northwest Germany, Denmark, and the Netherlands. These people are now referred to by historians as Anglo-Saxons.

In the meantime, the Vikings invaded and settled on the east coast of England, bringing with them a few new words, such as want, take, weak, and slaughter. Notably, the Norse gave English the pronoun they and reinforced the use of the word are in lieu of other Old English conjugations of to be like sind, which is for example still used in modern German.

When Norman invaders from France conquered the Anglo-Saxons at the famous Battle of Hastings in 1066, they brought with them their language, a dialect of Old French. For a time, the lower classes in Britain spoke Old English and the upper classes spoke Old French. This led to there being two words for many concepts in modern English; one derived from old English, and one from French. A classic example is the various names English speakers have for meats. Cows make beef, pigs make pork, and deer make venison. The 19th century novelist Sir Walter Scott succinctly characterized this linguistic duality: “The Anglo-Saxon raised the food, the Norman Frenchman ate it.”

The Norman invasion also changed the way that some Old English words were spelled and pronounced. French-speaking scribes heard the English spoken around them and attempted to transcribe what they heard. They inevitably ascribed French spelling rules to English words. For example, the word cwen was written as queen. Similarly, cirice was written church. The letter c often replaced the letter s in words like cell or circle.

As time went on, the Norman lords and Anglo-Saxon servants eventually developed a way of communicating with each other through a common language. This language took the basic Germanic foundation and added a new layer of French words. All the most common words for simple, everyday things were Germanic, and words for more sophisticated things and ideas came from French. In the process, much of the complicated grammar typical of Germanic languages disappeared, as did many of the irregular plurals (although they missed a few, like “children”). The result was a language known as Middle English, epitomized in Geoffrey Chaucer’s famous work The Canterbury Tales, which was written in the 14th century.

Modern English was spoken from the early 16th century up to the present. It evolved from the dialect of English spoken in England’s capital city, London. The Great Vowel Shift marks the transition from middle English to modern English. Almost all English long vowels changed their pronunciation. Prior to the Shift, English vowel pronunciation more closely resembled that of modern German. For example, boot used to be pronounced “boat,” and see used to be pronounced like “seh.”

Modern English was also heavily influenced by the advent of the printing press. Printers often were not native English speakers, and this influenced English spelling. For example, Dutch printers gave many English words Dutch spellings, such as with the letter combination gh: ghost, aghast, gherkin.

In the 16th and 17th centuries, scholars attempted to modify English spelling to reflect the classical roots of many words. For example, the word dette became debt, to mirror its Latin origin debitum, and rime became rhyme, to reflect the Greek rhytmus. But scholars didn’t always get it right! Iland became island, supposedly having come from the Latin insula, but the word actually originates from Old English. In their zeal, scholars actually over-latinized English spelling!

By the end of the 17th century, English had more or less assumed a form recognizable to us today. The language continues to evolve, this time for different reasons than before. English is beyond doubt the modern lingua franca. Among global English speakers, native speakers are in the minority. This means that English creoles and regional dialects are emerging throughout the world. For example, in Singapore there is a creole known as Singlish, which is a combination of English, Chinese, Malay, and even Tamil. Despite the government’s “Speak Good English” campaign, Singlish is gaining traction in the region.

No doubt English has an interesting future ahead as a world language. As we are seeing today, various forms of English are evolving throughout the world, which may perhaps even develop into their own fully fledged languages some day. It is very possible that, in the distant future, modern English will be regarded much as Latin is today — as the progenitor of an entire language family.